Races — The Ten and The One

The people of Andaran are of eleven distinct races. Ten of those races, although humanoid, are very different from each other. For the most part, they co-exist peacefully. While it is possible for the races of the Ten to intermarry, it’s very uncommon, because differences in genetic makeup make it impossible for couples of different races to have children. Each of the races has distinct characteristics, making them easily recognizable. In general, there is little racial tension in Andaran. The Ten races, generally consider each other to be equal, and appreciate their differences. No one living today knows the origins of the races, why there are so many, or why they are so similar in many ways, and yet so different.

Altaar are known for their long arms and prominent foreheads. Long ago, they lived mainly in and around Worldheart, but nowadays they are scattered throughout Andaran.

Fessal, known for their long noses and large teeth, are the most common race of Andaran. They are found in all six Regions. While considered equal among the races, they are often despised for their willing cooperation with the Sephs. They have an uncanny knack for thriving under less-than-optimal conditions.

Frae are tall, muscular, and broadchested. Originally from Sawtooth, they now live throughout all the Regions.

Fruen are very much like the Frae, tall, strong, and broadchested. However, they are easily distinguished from the Frae by a stripe of white hair running front-to-back in the center of their heads.

Kreff tend to be tall, slim, and athletic. They originated in the south of Pond Region, in the Tuggolah City area.

Lildur are easily recognizable by their thick, spiky hair and turned-up noses. They are smaller in stature than most of the other Ten, and often sweet in disposition.

Lora can be distinguished by their facial markings, a stripe of dark color beginning at the outer corner of each eye, then widening backward toward their jawlines and onto their necks. Loras may have either brown or black stripes, brown being more common. Loras come from the east coast of Andaran, and are traditionally found in maritime occupations. They are cheerful, positive, and playful in nature.

Sevro have fuzzy, milky-white faces. They are the second-most common race in Andaran, and are found in all the Regions. Sevros tend to be sour and discontented. They often group together in isolated communities, apart from the other races of the Ten. Sevro communities are frequently disadvantaged economically, mostly due to their unwillingness to mingle with other races.

Troh are short and stout, with powerful arms and hands, and are relentlessly optimistic. The Troh are often engineers and technicians. Originally, the Troh race preferred living in the Belowground, but are now found happily tinkering away in all the Regions, though more so along the eastern seaboard.

Torph are quite distinct from the rest of the Ten. They have smooth, green-golden skin and very fine hair. They are easily recognized by their wide mouths and flat noses, and by the unusual pattern of spots that run from their hands, up their arms and neck, all the way to their hairlines. These spots are considered exotic and very beautiful by the other races of the Ten. 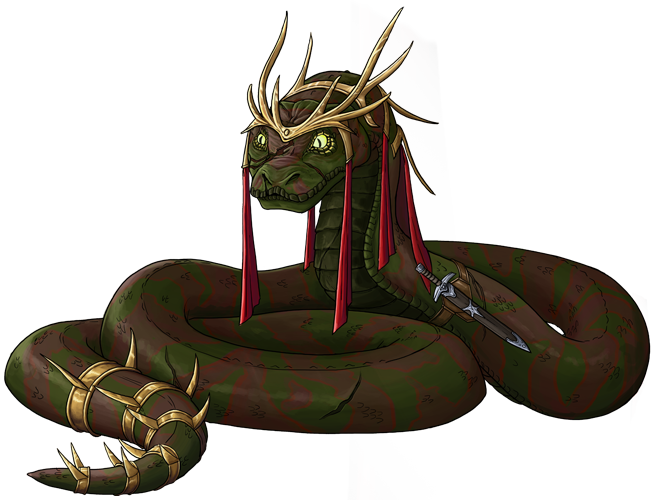 The eleventh race, known as the Seph, are very different from the Ten. Sephs are not even remotely humanoid. Rather, they are reptilian, serpentlike, and covered in scales. Unlike the other races, Sephs never stop growing. They may live for hundreds of years, and grow as long as thirty feet or even longer. Seph females are never seen; some speculate that they are not sentient, but no one knows for sure (except, of course, the Sephs themselves.)

Sephs have neither arms nor legs. Instead, they have a unique mental Ability that enables them to influence, or even control, the minds of members of the Ten. For reasons no one can explain, Fessals are the most susceptible to such control, while Torphs are the most resistant. While the Sephs in general, and Emperor Pallador in particular, claim to use their Ability only for the good of all, many have their doubts.